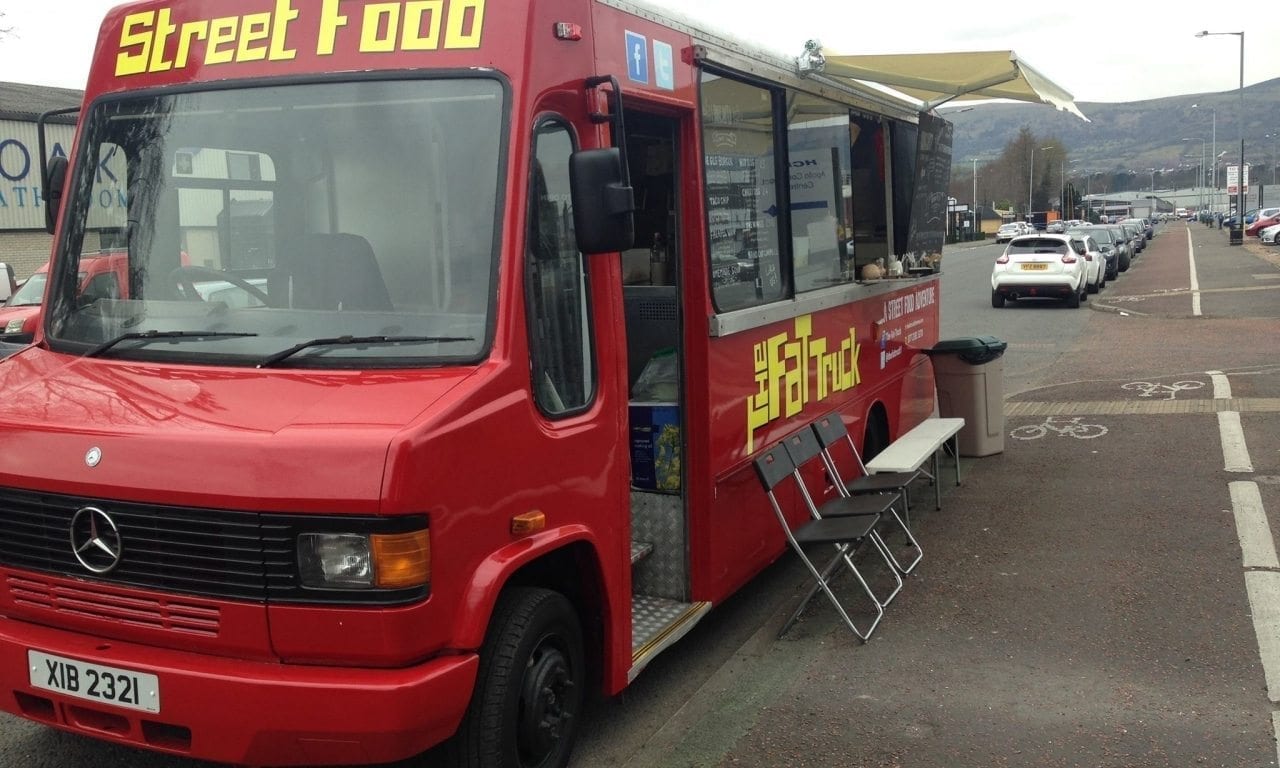 Chef Peter Callan always aspired to run his own kitchen. Starting out in the hospitality industry can be difficult but with the help of Ortus Peter began his journey as a Food Truck Entrepreneur.

After working in a wide variety of kitchens from modest kitchens to Michelin starred restaurants experienced chef Peter Callan aspired to run his own kitchen. In 2015, Peter took part in the Regional Start Initiative programme with Ortus to begin his entrepreneurial journey to set up The Fat Truck.

Working with The Ortus Group closely, Peter began to develop his business idea and create an in-depth business plan including a financial analysis to fulfil his dream. Eventually setting up in early 2016, Peter is now working with the Social Investment Fund (SIF), through Ortus, focussing on building the brand and growing his business including the planned employment of new staff.

“Food to me is an adventure.  I am passionate about my food and love to share my passion for global cuisine through providing exciting dishes in a first-class street food experience. I wanted to be involved in something new and exciting. The Food Truck Industry is massive in America and growing rapidly in the UK, and therefore I felt that I could be at the forefront of a new phenomenon about to hit the streets of Northern Ireland.”

Officially opening in early 2016, The Fat Truck has a stream of loyal clients queuing up in rain or shine each breakfast and lunch. Compared to a typical restaurant the Food Truck has lower capital costs and the ability to move to where the customers are. It is an interactive style of catering and something the Belfast community are really warming too.

“Connecting and building relationships with our customers is very important to us and something not always possible in a restaurant setting. We believe that food trucks are good for cities and we can see a real sense of community and enjoyment of food in an accessible social setting. I am looking forward to continuing to work with Ortus through the SIF programme and reach a wider audience in Belfast and beyond!”

“At Ortus we are dedicated to working with start-up businesses, helping them grow and flourish into leading Northern Irish brands. Peter and The Fat Truck are a shining example of bringing an innovative idea that has been proven in other countries to Northern Ireland and make it a success through hard work and passion. Through the SIF programme we are currently working with 12 early growth companies to help them continue to build their presence and business in a variety of industries.”

The Fat Truck is a new street food experience for Belfast. Currently situated by the Big Fish, Donegal Place during the working week for breakfast and lunch The Fat Truck provides a range of high quality hot food to restaurant standards. From chilli dogs and southern fried wings, to breakfast baps and falafel wraps the menu is global and always changing utilising local suppliers and listening to the wants of their customers.

For more information on The Fat Truck or to make an enquiry visit:

Go For It Programme

The Go For It Programme is delivered by Belfast City Council through a number of agencies including The Ortus Group.

For more information on Go For It: